UA-37009611-1
August 10, 2022
Charlie's paper in PlosONe on the reconstruction of the call of Prophalangopsis obscura, will be highlighted in the NY Times. This paper is in collaboration with the Natural History Museum, London. Full story.

July 21st, 2022
The lab has been awarded a grant by  the Company of Biologist for the organisation of the ISV meeting in 2023. The event will also be spotted by Wildlife Acoustics, and Avisoft.

April 18-May1st, 2022
Fernando and Charlie completed a successful field trip in the rainforests of Colombia. The first trip after the pandemic.

October 27th, 2021
Charlie Woodrow was awarded a prize for the best poster at the Postgraduate Conference, School of Life Science, University of Lincoln.

August 8th, 2021
Dr. Oscar Guadayol, an expert in fluid dynamics, has joined the lab as part of the NSF-NERC​ project studying the biophysics of acoustic organs. Oscar will be using various approaches to study the mechanics of the inner ear fluid in katydids, for further implementation of numerical models.

Oct 12-17, 2020
Eleftherios, Darron, Charlie and Fernando visited the Diamond Light Source National facility in Oxfordshire. We had a 5-day section to conduct dynamic and static experiments on the bush cricket ears.
​
Dec 18, 2019
​The lab was successful in an application to use UK's national synchrotron science facility, Diamond Source in Oxford, for experiments on the katydid ear.
​
Oct 17, 2019
NSF-NERC grant, in collaboration with Hojun Song (Texas) and Nathan Bailey (St. Andrews) was successful. We were awarded a total of about $1.3m for the project "Integrating phylogenomics, biophysics, and functional genomics to unravel the evolution of hearing and singing in Ensifera (katydids, crickets and relatives).

March 23-28, 2019
The lab participated in the ICO conference in Morocco, contributing with two talks and one poster.

February 7-12, 2018
Fernando travelled to Palmira Colombia, to deliver a speech for the 150th anniversary of Colegio de Cadenas, his former high-school.

​​December 8, 2017
Fabio Sarria-S and Fernando attended the symposium on Sensory Transduction in London, sponsored by the Physiological Society and UCL. Fabio presented a poster.

​December 1, 2017
Fernando was promoted to full Professor at the University of Lincoln.

November 1, 2017
Andy Baker and Fernando travel to the Natural History Museum in London for the Orthopterists’ Meeting 2017 (Royal Entomological Society, Special Interest Group). Andy will present a poster about his work on Typophyllum spurioculis, and Fernando is to deliver a talk on call reconstruction in fossil Ensifera.

October 30-November 4, 2016
Our lab participated in the 12th International Conference of Orthopterology, Ilheus, Brazil. The lab actively contributed three talks, and a poster. We also delivered a workshop on sound recording and signal processing and created space for discussion.

September 30, 2016
The Montealegre's lab participating in the LIGHTS Nights 2016, ﻿Tech and Science﻿.

July 7, 2016
Ben Chivers was awarded the Irene Manton prize for best poster in the animal section of the annual meeting of the Society for Experimental Biology, in Brighton UK.

July 10-11, 2016
Fernando traveling to Colombia to deliver a talk in the 50th anniversary of the Biology Department, Universidad del Valle.

June 28-July 10, 2016
Fernando traveling to Ecuador with other academic staff colleagues to deliver a field course in tropical biology.

June 3,  2016
Fabio Sarria-S awarded a prize for best oral presentation in the annual postgraduate conference at the University of Lincoln.

April 26 - May 1, 2016
Thorin and Fernando at the 7th International Conference on Fossil Insects, Edinburgh. The lab contributed with a talk on Finite Element Analysis and fossil acoustics. 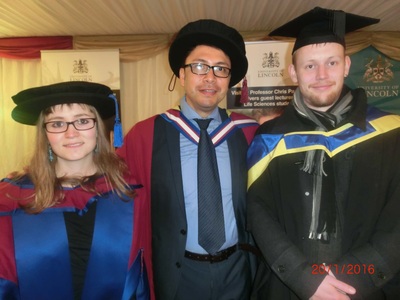 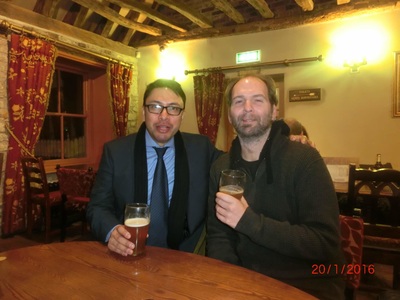 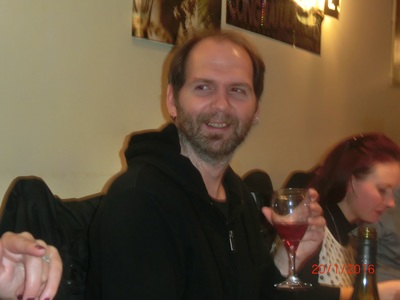 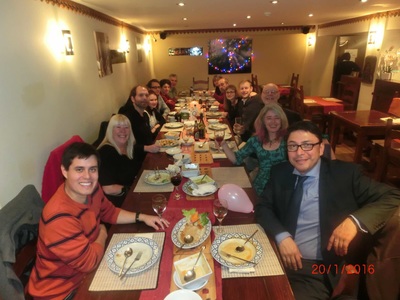 March 4, 2015
Thorin and Fernando traveling to MNHN in Paris for collaborative work.

October 6, 2014.
Dr. Thorin Jonsson has joined the lab as a postdoctoral fellow.

September 1, 2014.
Fernando travels to Ecuador as part of the academic staff in charge of the field course our department offers to 2nd-year undergraduates.

January 17, 2014
Ben Chivers  awarded with a Journal of Experimental Biology traveling fellowship to visit the lab of James Windmill in Glasgow, as part of his MSc research project.

August 4, 2013
Fernando traveling to China to join Prof. Dong Ren's Lab in Beijing for collaborative research, and subsequently heading to Kumning to give a talk in the 11th  International  Congress  of  Orthopterology.

June 26th, 2013
Ben Chivers being interviewed by the University of Lincoln Press Release officer about his paper accepted in the journal Bioacoustics. The interview will be released on July 15, 2013 with the publication of the article.

May 16, 2013
Crickets’ calling song hits the high notes
In collaboration with Dr. Tony Robillard (and other colleagues at MNHN, Paris), and  Prof. Daniel Robert (Bristol), we have shown how acoustic communication has evolved within a unique group of cricket which exploits unusually high frequency harmonics to communicate acoustically.
See press release note here.

Download research article from JEB here.
April 22, 2013
Fernando gave a 2.5-hours Webminar for 3rd-year undergraduate biology student at Universidad del Valle, Cali, Colombia. The primary aim of the seminar was to provide students with a general overview of the of the experience of studying abroad, as well as to provide career advice.
March 27, 2013
As a National Geographic Grantee, Dr. Montealegre-Z's work is to be featured in a biology book for college students edited by National Geographic Learning.
February 24-26, 2013
Fernando visited Dr. Luc Bussiere's at the University of Stirling in Scotland. A Department seminar was giving on the 25th at 4PM. 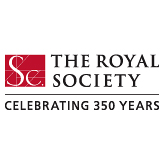 February 15, 2013
A Research Grant from the Royal Society has been awarded to support equipment and lab infrastructure. 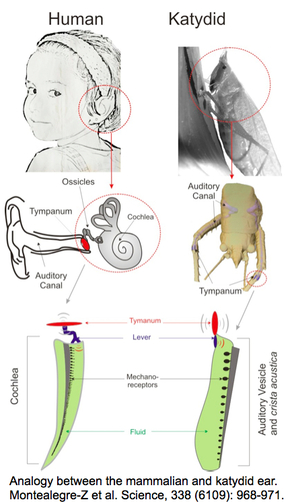 November 16, 2012
Media attention was recently paid to a paper published in Science on November 16th 2012, which relates to convergent evolution in hearing between insects and mammals. This work, developed in the labs of Profs. Daniel Robert and Kate Robson-Brown from the University of Bristol, was highlighted in different magazines, newspapers, radio and TV. Some relevant links to the media coverage are listed below.