The ERC project focuses on various species of bush-crickets and related organisms. This offers a great opportunity to study the evolution of hearing mechanics in this group. The state-of-the-art techniques and data collected are being combine with evolutionary theory, phylogenetics, etc. to strength the interdisciplinary nature of the ERC project. 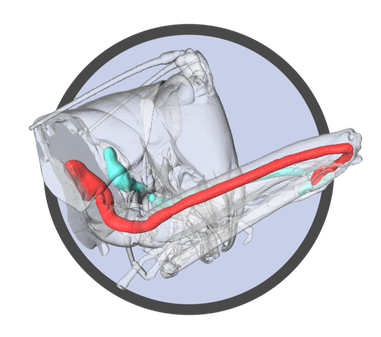 3D reconstruction of the head and thorax of Axylus philippinus.
As part of the evolutionary studies of his thesis, our university funded PhD student, Charlie is investigating the hearing system of ensiferan orthopterans. Many ensiferans possess an acoustic trachea, which is believed to enhance the directionality and sensitivity of the ear to species-specific sound frequencies. However, ensiferans of different taxonomic groups have unique communication frequencies, and as a result, display differing acoustic trachea geometries. To understand the global traits of the acoustic trachea that permit enhanced perception of specific sounds, we must therefore take a comparative approach. The aim of this project is to create an extensive digital library of 3D ensiferan ear canals from a broad range of ensiferan taxonomic groups, using state-of-the-art μ-CT scanning and modelling techniques, to identify morphological and functional traits of the trachea.
Such a broad geometric comparison aims to allude the innovations in trachea anatomy in a phylogenetic context, and additionally provide a rich dataset for future bioinspired applications such as advanced hearing aid tubing. Collecting data on ear canal anatomy across many species, and assessing such data using a phylogenetic framework exceeds the aims of Charlie's current funding, and so through the orthopterists society, he was awarded the Theodore J. Cohn research fund to explore the expanse of this diverse anatomy in a phylogenetic context, making use of vastly underused natural history collection specimens from around the world to observe and describe the functional and evolutionary diversity of the acoustic trachea. Thus far, the project has identified that the acoustic trachea does not always follow the morphological pattern of an exponential horn that the literature suggests but displays a wonderful variety of forms, which differ greatly between subfamilies. The next steps of this project, alongside building on the expansive dataset which already contains over 70 species, will be to test for allometric scaling relationships, and infer how these morphologies influence the detection of conspecifics. 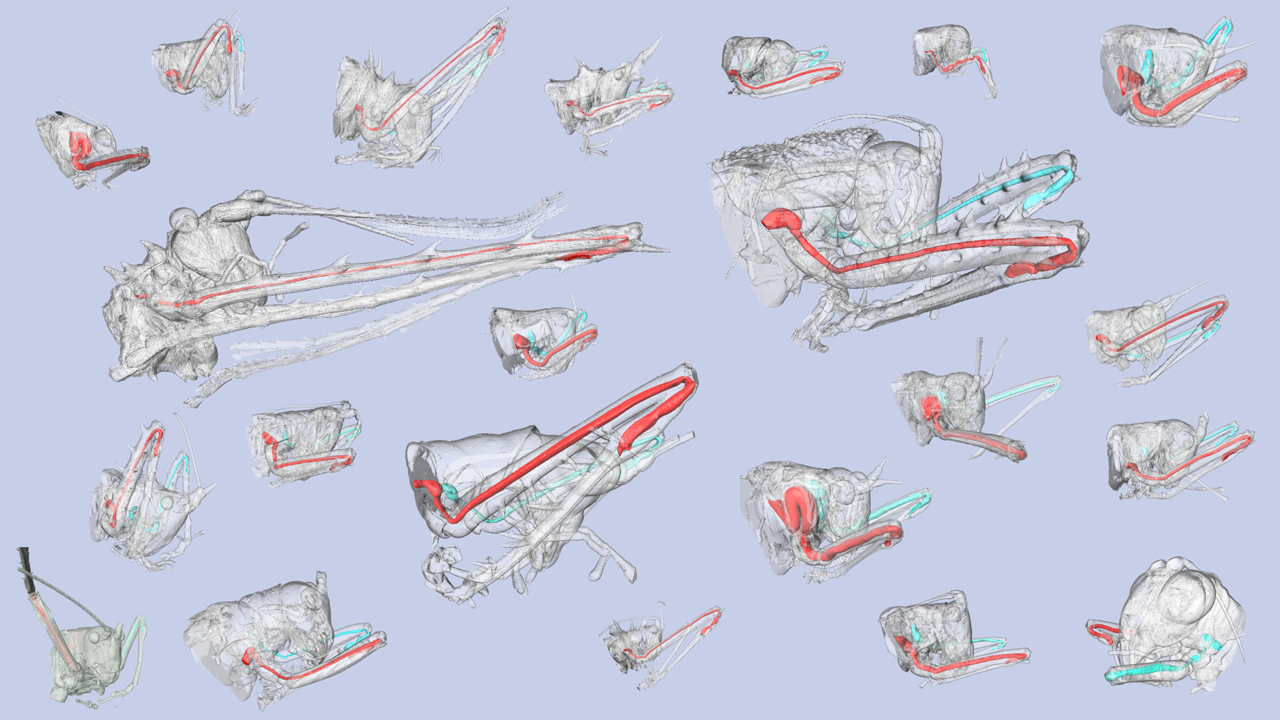 Evolutionary diversity of the acoustic trachea of ensiferan taxonomic groups using μ-CT.
Ultrasound production by an ultrasound deaf insect
In fitting with the overall themes of his PhD thesis, Charlie is researching the functional and mechanical features of the bush cricket ear that have permitted the evolution of ultrasonic hearing – to better understand the overall ear function and how the insect cochlea has formed. In this investigation, he has been using a relict model family – the Prophalangopsids. This family of insects shares an ancient evolutionary history with bush crickets, and have very simple ears. By using these species, we can understand how the complex Crista acustica has evolved to be so similar to the mammalian cochlea.
​
In recent developments, this element of the project has also discovered the use of ultrasonic sounds as an anti-predator defence in this ancient family, which we now believe evolved before the ability to actually hear ultrasound. This sound, generated by the ‘Ander’s organ’ likely evolved to startle early terrestrial predators.
This publication can be read for free here. 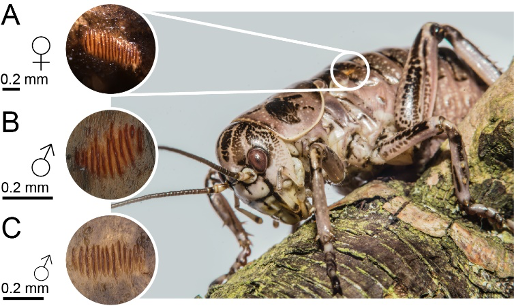 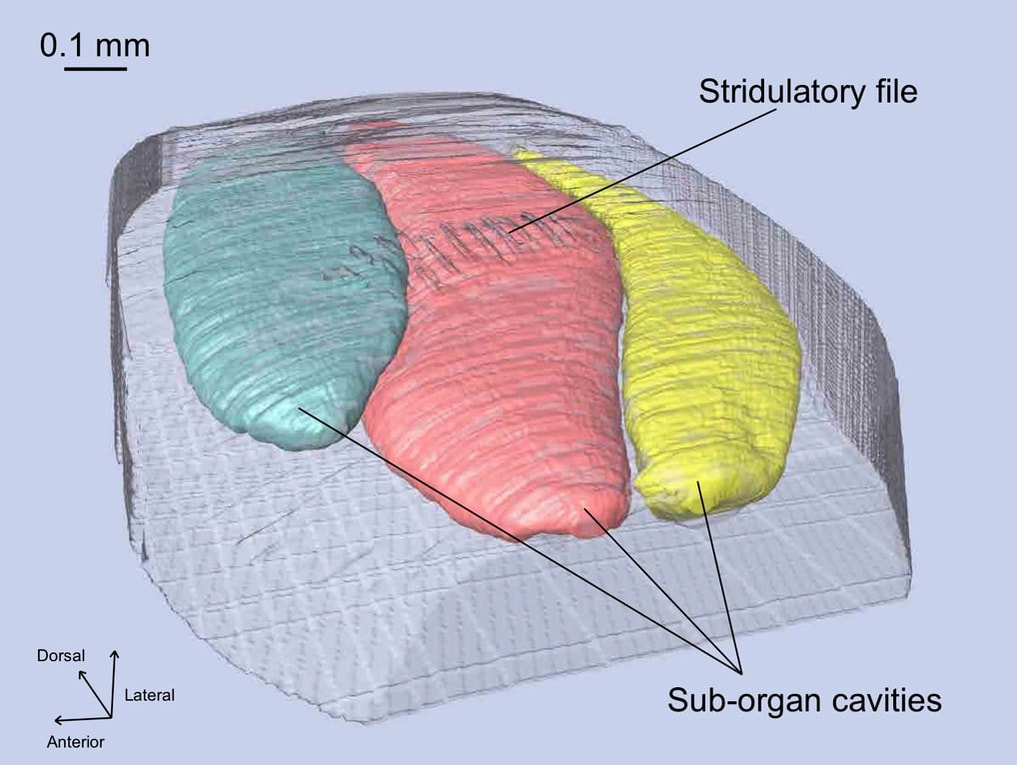 3D reconstructed morphology of the Ander’s organ of an adult female; highlighting the anatomy of the sub-organ cavities